This is Kim Connell Hale, Chuck Lippincott's granddaughter. Charles passed away with me next to him on Monday after having a taste of some single malt scotch and smoked salmon as he listened to the bag pipes, and some Mozart. We had a special relationship and he lived with his great-grand kids for the last 8 years and had even more magical times after his wife passed. Grandpa was tough as nails and I never met a man with more class, wit and pride. I have forever said that if I live half of the life that grandpa did, I will have lived a rich life.

Grandpa had always requested cremation and we are working on logistics for a memorial that celebrates his life.

Charlie Lippincott was a member of the National Ski Patrol for over 60 years. Joining just after World War II, he patrolled at Split Rock Lodge and then helped form the Big Boulder Ski Patrol. When his job took him to Boston, he spent several years patrolling at Gunstock, and then returned to Big Boulder in the mid-70s, staying for another 25 years. He finished his patrolling career at Camelback. He was a Senior Patroller and was awarded a Yellow Merit Star for his service.

Charlie was a chemist, and one day leaving work in New York City, he noticed the temperature and that the snowflakes were large. Arriving home in Clinton, NJ, he observed that although the temperature was the same, the flakes were smaller, and he theorized that it was caused by dirt in the air in the City. His inquisitiveness led to developing one of the early snow inducers – SuperSnow – which he and his friend and fellow patroller, Karl LaBarr, developed into a business that led them to visit ski areas around the world. SuperSnow was used at the 1998 Winter Olympics at Nagano, Japan.

Charlie was an accomplished musician, playing the upright base in symphony orchestras and delighting people with his bagpiping, including on snow. Charlie played the bagpipes with the Leatherneck Pipes & Drums, and one West Point appearance led to laughs. He had some SuperSnow residue in the trunk of his car, and the guards were worried about Anthrax, so Charlie tried to dispel their fears by putting some of the powder in his mouth. They laughed, but sent him to a local car wash to vacuum it out anyway.

He was enormously fond of his granddaughter, Kim Connell Hale, who joined him on the Big Boulder Ski Patrol, and her twin children, with whom he resided 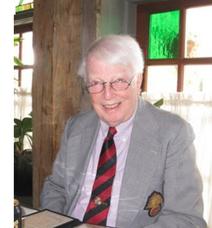