This fall our Region will be electing a Region Director who will be elected by the voting of all active patrol members with primary registry in the Region at the 2017 fall OEC refreshers.

The elected Region Director will take office on April 1, 2017.

This early election announcement is being made via E-mail and posting on the EPA website as required by the the Division by-laws.

Members seeking the office of Region Director may announce their intention starting in February, 2017, by contacting Election Chairperson Matt DiLoreto at mattd1081@gmail.com for a nomination form.

The Nomination form, platform, resume, and candidate picture may be submitted at any time, but will be due no later than August 1, 2017.

The Election Committee will then check the eligibility of each candidate upon receipt of these required items and notify the candidate of the results.

Early submission and acceptance of these items will enable candidates to announce their candidacy and campaign during the current ski season.

Active registered patrollers in the Region
Have a minimum of five seasons of patrolling experience
Have achieved Senior Alpine, Senior Nordic, or Certified status.

As stated in the Eastern Division By-laws, Region Director and Section Chief/Region Delegates candidates must be active registered patrollers in the Region, have a minimum of five seasons of patrolling experience, and have achieved Senior Alpine Patroller, Senior Nordic Patroller, or Certified Patroller status.  Members currently registered as Patrollers (formerly Auxiliary Patrollers) are qualified to become Region Director Candidates if they have met the requirements described above at some point in their patrol career. 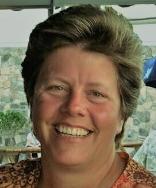